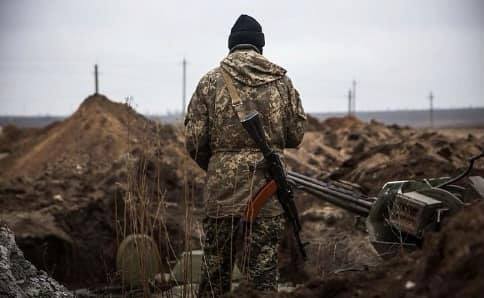 We are now used to hearing about disinformation, fake news and propaganda. What we are less used is to be aware of their effects on our lives. We have had evidence of electoral infiltration, and the impact that a number of organised networks of disinformation have on the electoral processes and democratic mechanisms in general terms. We were shocked by Brexit and we are worried about next elections. But, while we are looking for a way to denounce and fight these very dangerous phenomena, our democratic fabric and the foundations of the rule of law are being dismembered with false and propaganda information, often without even noticing it. In order to counter them, what we have to do is to contribute, as much as possible, to the study, knowledge and analysis of facts. This is the reason why we believe that it is necessary to bring public opinion’s attention on an Italian legal case in which misinformation has been the protagonist; a silent story that, perhaps, should worry us more.

On the 12th of July 2019, the Assize Court in Pavia sentenced to 24 years in prison Vitaliy Markiv, an Italian-Ukrainian citizen who was charged for the murder of the reporter Andrea Rocchelli and of the politician and opponent of the Putin’s regime Andrei Mironov, as well as for the wounding of the French journalist William Roguelon. The sentence was considered unexpected and very severe for two main reasons. Firstly, the Prosecutor had requested 17 years of detention; secondly, the context in which Rocchelli and Mironov lost their lives, namely the bloody armed conflict in Donbass, was not taken into account.

The story of the war in Eastern Ukraine, filtered by the voice of the Kremlin, no longer surprises us. Labelling the Ukrainian boys as “neo-Nazis” because they took to the streets during the EuroMaidan to defend the democratic values, reminds the tradition of the Soviet dezinformatsiya, adapted to the new digital era. What we did not think to be possible was to see this version of the conflict; observing the trial, one may have thought that the court, instead of focusing to eventually prove the guilt of the defendant, worked as he had to prove his innocence.

Actually Markiv, a regular soldier of the National Guard of Ukraine, has always declared himself innocent. However, although no evidence of his guilt has ever emerged, and even the Prosecutor has admitted infiltration in the process of fake news (which he then decided not to use, but which meanwhile had contributed to creating a negative portrait of the accused), the Assize Court considered the criminal responsibility of the defendant for a voluntary lethal attack against the two journalists proven beyond reasonable doubt. The fact that it was a purely circumstantial process would be enough to describe this judicial case as a common case of miscarriage of justice, but the elements that denote how some ideological prejudices, built with the dissemination of false information, could have influenced the sentence, tell us a lot more about the climate in which the trial took place. Leaving aside the confusion, albeit serious, emerging in the judgment precisely in the description of the theatre of the event, and between the movement of EuroMaidan and the declaration of independence of Ukraine, an incorrect interpretation of the complicated geopolitical scenario of the region emerges, such as the role of the National Guard in the Sloviansk area, where the events took place, or the omission of the fact that both Ukrainian and separatist sides were involved in the shooting.

As well reported by the defence during the trial and as stated by a document of the OSCE (Organization for Security and Cooperation in Europe), in the period in which the events took place, both in Crimea and in Eastern Ukraine, the Ukrainian television channels had been deactivated by separatists and replaced with state channels of the Russian Federation, an action which is part of a clear communication strategy. The Ukrainian National Guard in Sloviansk, therefore, was stationed there to defend a television antenna, not to target the civilian population, as it was pretended.

In order to highlight a series of other false information that penetrated the process and have been echoed by various media, a team of Italian and Ukrainian journalists, with the documentary investigation entitled The Wrong Place (which FIDU has decided to sponsor), bring us to the place where the two journalists lost their lives revealing an accurate picture, which is very different from the one exposed by the Court of Pavia. Being aware of the facts, it is perhaps legitimate to ask whether those who decided for Markiv’s sentence were in a position to make a decision free from prejudices.

We know well how against the stream is to express these doubts, and it becomes imperative to emphasize that paying attention to this case does not mean not being on the side of the victims; indeed, demanding justice and truth about what happened that tragic 24th May 2014 is a dutiful act honouring those who, just like Andrea Rocchelli and Andrei Mironov, made the search for truth the engine of their courageous work.

Trying to re-establish the reality before the next appeal process means for us to take sides with all the victims of this affair, defending the rule of law and the independence of our judiciary and ensuring there is no need the Court of Strasbourg does it in our place.