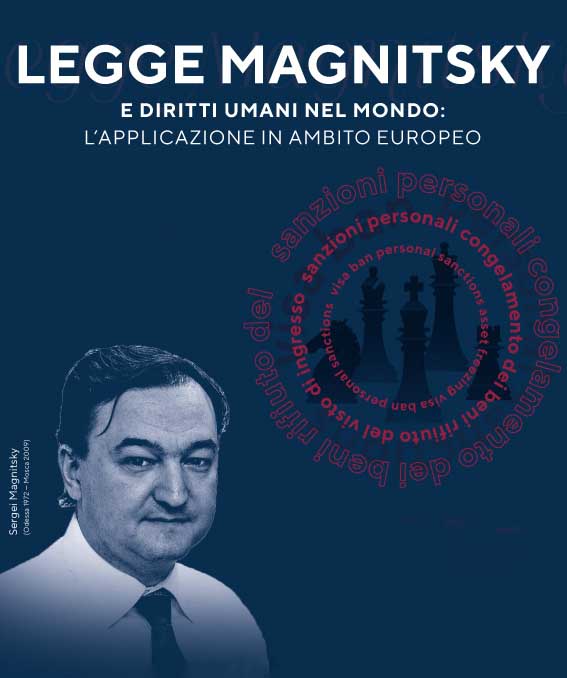 THOSE RESPONSIBLE FOR SERIOUS HUMAN RIGHTS VIOLATIONS SHALL BE HELD ACCOUNTABLE

FIDU is actively engaged in an international campaign, which aims to make increasingly difficult for any State to maintain impunity for human rights and/or corruption offenders.

One of the most effective tools to this end is a piece of legislation named after the Russian anti-corruption lawyer Sergei Magnitsky, who publicly denounced in 2007-2008 a large-scale tax fraud in his country involving police officers, magistrates, tax inspectors and bankers as well as local members of a mafia-style criminal organization. As a result of his public denunciation of this scandal, he was arrested and – after eleven months of unlawful detention in very harsh conditions – he died in a Moscow prison, aged 37, in November 2009.

Following these events, one of his major clients, US entrepreneur William Browder, launched a national campaign to impose targeted sanctions on the Russian officials involved in the scandal, aimed at prohibiting their entrance to the United States and their use of the US banking system.

In 2012, the US Congress approved the Magnitsky Act, which imposed individual sanctions consisting in freezing personal assets and refusing entry-visas to those involved in the Magnitsky affair.

THE ADOPTION OF THE GLOBAL MAGNITSKY ACT LEGISLATION IN THE WORLD

In 2016, the statutory remit of the original law was extended by the ratification of the Global Magnitsky Human Rights Accountability Act, which now allows the US government to sanction any individual who is    directly or indirectly responsible for serious human rights violations and/or corruption offenses, wherever these crimes are committed.  Canada and some EU Member States (namely Estonia, Latvia, Lithuania, the Netherlands and the United Kingdom) have eventually adopted regulations and laws which are similar to those enforced by the Global Magnitsky Act.

On December 10th 2018, upon the 70th anniversary of the Universal Declaration of Human Rights, the EU foreign ministers unanimously approved a Dutch proposal for the adoption of a legal regime based on the “Magnitsky Act” legislation at European level (i.e. the “EU Global Human Rights Sanctions Regime”) and on 14th March 2019 the European Parliament approved a resolution for the implementation of said EU-wide sanctions regime, which will eponymicly be named after Sergei Magnitsky.

FIDU and its international partners are actively involved in a worldwide campaign aiming to promote international legislation based on the Global Magnitsky Act. As part of this overall objective, we organize events at national and European level to illustrate the content of this powerful legislation tool in order to promote its widespread adoption.

THE IMPACT OF MAGNITSKY LAW ON THE PROTECTION OF HUMAN RIGHTS: TESTIMONIES FROM DIFFERENT COUNTRIES 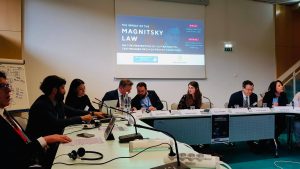 FIDU, in cooperation with the Open Dialogue Foundation (ODF), was the lead promoter of a side-event which was held on 9th April 2019 at the Council of Europe’s Headquarters for the implementation of the Magnitsky Act. This event was officially hosted by the Parliamentary Assembly of the Council of Europe on the initiative of assembly members Roberto Rampi (Italy, SOC), Pieter Omtzigt (Netherlands, EPP / CD) and André Gattolin (France, NR).

The Council of Europe is, among others, one of the most prominent international institutions campaigning for widespread adoption of Magnitsky-style legislation, all over the world. On 22nd January 2019 the Council of Europe’s Parliamentary Assembly approved a resolution entitled “Sergei Magnitsky and beyond: fighting impunity by targeted sanctions”, whose main intent is to urge the Council’s Member States to introduce this legislative device into their legal systems. As a result, in December 2018, the aforementioned proposal for the establishment of a global EU sanctions regime on human rights based on the Global Magnitsky Act was approved by the EU Foreign Affairs Ministers and, in March 2019, it was officially ratified by the European Parliament. 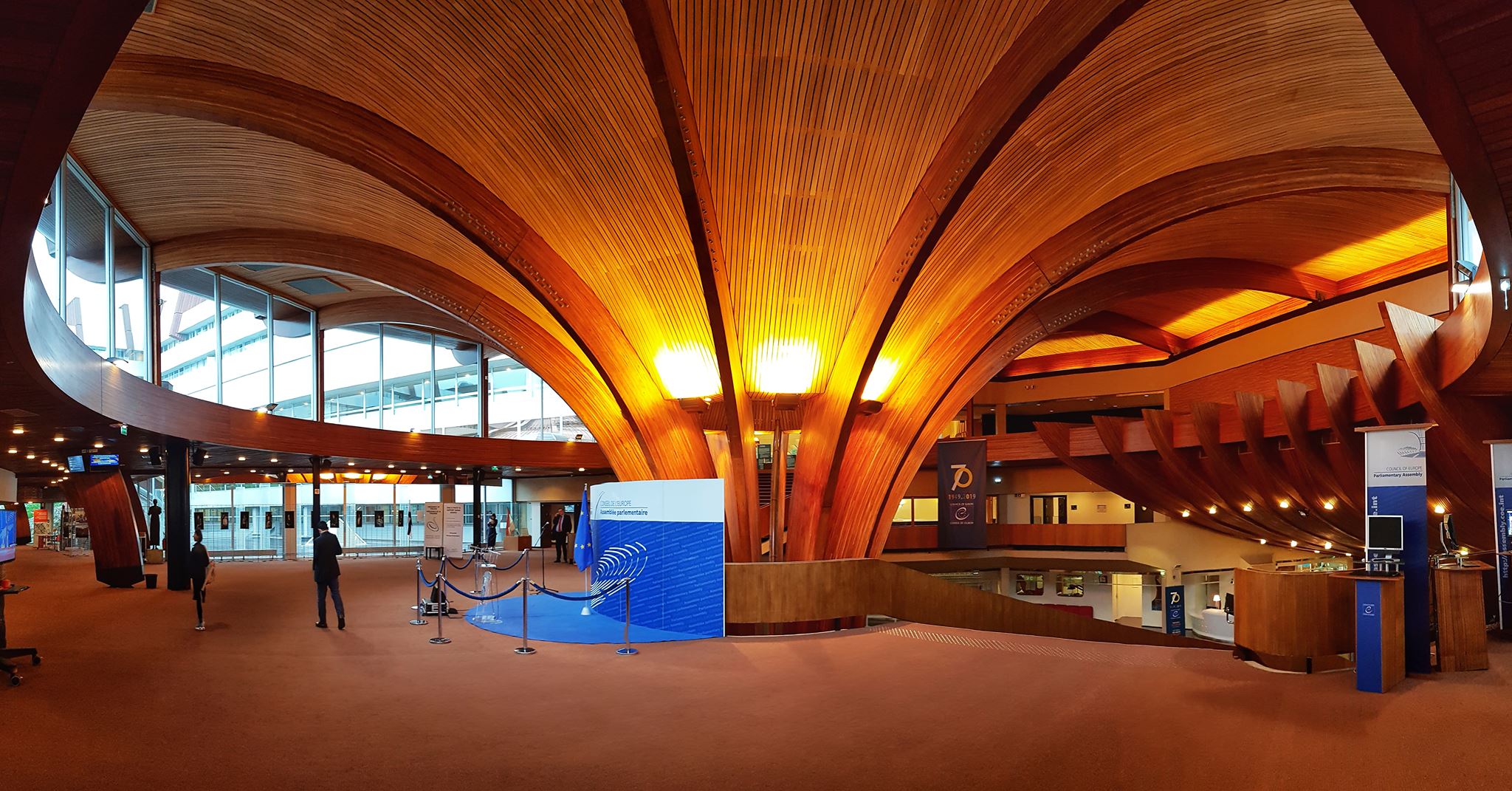 THE MAGNITSKY ACT AROUND THE WORLD AND ITS IMPLEMENTATION IN EUROPE 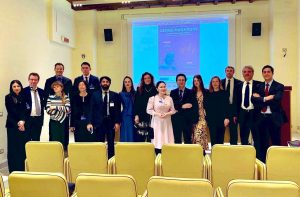 On March 28th, FIDU and the Open Dialogue Foundation, in cooperation with the EU-Russia Expert Group On Combating Transborder Corruption and the NRPTT (Non-Violent, Transnational and Transparty Radical Party). held an international conference in Rome inside the ISMA Room of the Italian Parliament’s Senate on “Human Rights: the Magnitsky Act around the world and its implementation in Europe “, which was organized on the initiative of Senator Roberto Rampi with the political endorsement of Italy’s Democratic Party. On that occasion, we illustrated both the general legislation framework and its practical implementation in all the countries that have already enforced it, with the aim of promoting its adoption in both the Italian and the wider European context.  The introduction to the conference workshop was held by Senator Rampi, as the first signatory to a parliamentary bill  inspired by the Global Magnitsky Act, which was lodged on March 6th 2019 under the following title: “Provisions for combating international human rights violations”.

AUDIOVIDEO OF THE EVENT

TOWARDS THE IMPLEMENTATION OF AN ITALIAN AND EUROPEAN MAGNITSKY ACT 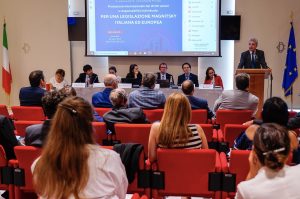 On July 24th, we held a public discussion on the above-mentioned bill in the Conference Room of the Italian Parliament’s Chamber of Deputies, during a seminar which involved the participation of parliamentarians, members of civil society and representatives of the Italian Lawyers National Council.

LINK TO THE RELEVANT ARTICLE IN  Affari Internazionali

AUDIOVIDEO OF THE EVENT

Eleonora Mongelli explained how corruption and human rights abuses can destabilize countries, the importance of mechanisms to deter these illegalities, the European Union’s Human Rights Sanction Regulation and its strengths and weaknesses.