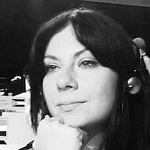 She began campaigning for the defence and promotion of human and civil rights by denouncing the oppression of the ethnic minorities and then focused her activities on the advocacy work, in particular aimed at strengthening the human rights instruments at both national and international institutions, as well as at the UN. She has been working in favour of the universal abolition of the death penalty for twelve years through the organization of events and the management of international projects. She has worked with the French NGO Ensemble contre la Peine de Mort and the World Coalition against the Death Penalty as a member of the organizing team of the VI World Congress against the Death Penalty. She has conducted many fact-finding missions in different countries, specifically in Africa and Eastern Europe. She has extensive experience in advocacy and training on transitional justice, protection of civil liberties and political rights, fight against disinformation and corporate accountability for human rights. She also authored numerous articles that have appeared in national newspapers and magazines.