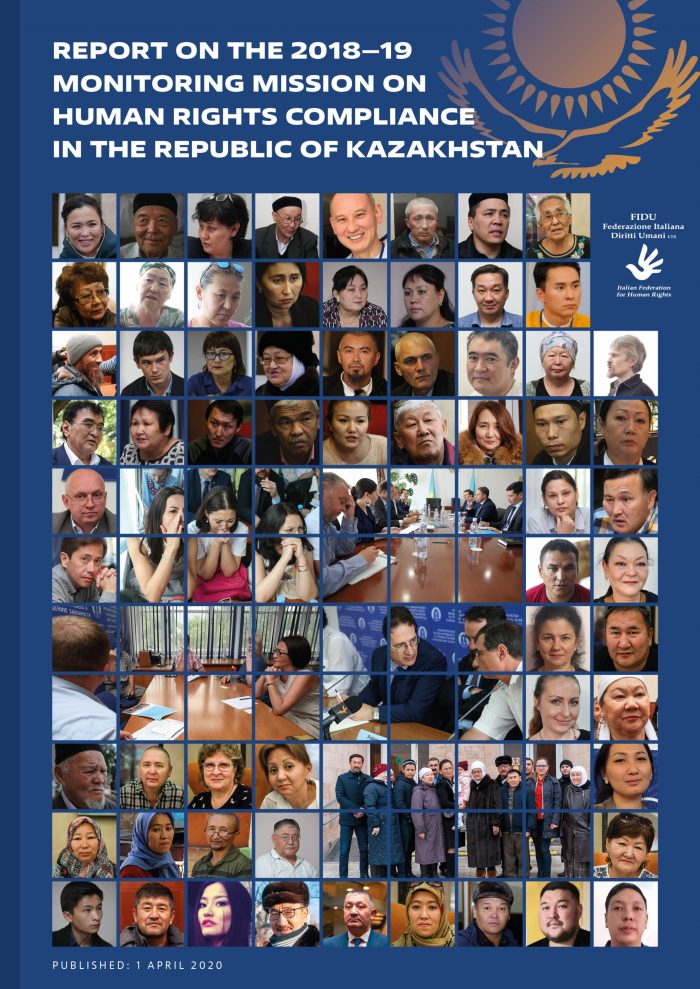 In June 2018, the Italian Federation for Human Rights launched a human rights monitoring mission to Kazakhstan. The mission’s goal was to monitor Kazakhstan’s compliance with its obligations under international human rights treaties. The permanent mission was attended by human rights activists, journalists and photo correspondents from Belarus, Germany and Ukraine; in addition, the President of FIDU Antonio Stango took part in four specific human rights monitoring and advocacy missions to Kazakhstan with the participation of Members of the national Parliaments of Poland (Marcin Święcicki), Italy (Roberto Rampi) and Switzerland (Carlo Sommaruga and Claude Begle), as well as Member of the European Parliament Julie Ward. The MPs held a series of meetings with representatives of the Kazakhstani authorities, as well as with political prisoners and their relatives.

At first, the Kazakhstani authorities did not obstruct the mission. Our observers attended politically motivated court trials and held a series of meetings with civic activists, human rights defenders, counsels, relatives of people persecuted on political grounds, and government officials. However, along with the general deterioration of the situation with respect to human rights and the rule of law in Kazakhstan, cases of obstruction of the FIDU observers’ work began.

In February 2019, the Kazakhstani authorities, with gross violations, detained and expelled observers Lyudmyla Voloshyna and Valeriy Yavtushenko, both citizens of Ukraine, from the country. In May 2019, the Ukrainian citizen Sergiy Antonishen was not allowed to enter Kazakhstan, with no reason being provided for the decision. Thus, the further work of FIDU observers in Kazakhstan was almost blocked.

Information continued to be collected thanks to the help of volunteers from Kazakhstan, who were also repeatedly subjected to illegal detentions in retaliation for their human rights activities.