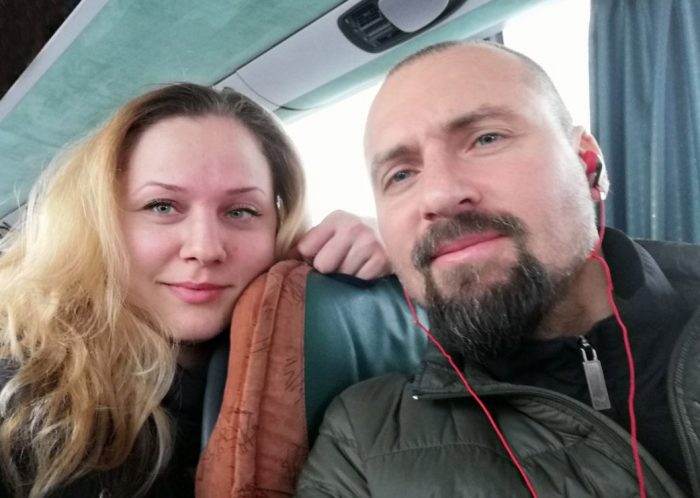 On February 14 two human rights monitors of the Italian Federation for Human Rights, the Ukrainian citizens Lyudmyla Voloshina and Valerii Iavtushenko were detained by police in Astana. They had been in Kazakhstan as part of a human rights monitoring mission organised by FIDU, and the purpose of their visit had been correctly indicated in their migration cards when they had entered the country.
The mission, focused on monitoring the situation of prosecutions that appear to be politically motivated, began on February 1st and was to last until February 16, 2019. The observers visited the city of Aktau, following the case of a prosecuted activist, Aigul Akberdiyeva, who was acquitted on February 6. Then they went to Astana, the country’s capital, where they were going to participate in a series of meetings with EU diplomats requested by the judge and chairman of the Aktau City Court, Malik Kenzhaliyev, who had been removed from his post upon the acquittal of Mrs. Akberdiyeva. Judge Kenzhaliyev had publicly expressed fear for his own safety and requested attention of both human rights defenders and the international community.
Before that the meetings in Astana took place, Ms Voloshina was detained by unknown people (identifying themselves as employees of Migration Office) at her hotel, deprived of her cell phone and taken in an unknown direction. Intending to intervene in Ukraine’s consulate, Mr. Iavtushenko and a local lawyer were detained by, reportedly, representatives of the same body shortly after Ms Voloshina’s disappearance. According to information obtained by the Ukrainian consul, they were held in a Migration Office facility (in Imanova Street) and, against international law, denied contact with the consul.
Given the aforementioned circumstances, FIDU demanded the immediate release of the observers and called upon the authorities of Ukraine, Italy, and the EU to render all possible assistance in the case.
Their court hearings took place at night. On trial they were “protected” only by state lawyers. They were convicted of “inconsistency of the activities carried out with the declared purpose of arrival” – notwithstanding the fact that, while crossing the border into Kazakhstan, they had declared in their migration cards that the purpose of their visit was “Human rights monitoring mission”. On 15 February, at around 7:00 in the morning Astana time, Voloshyna and Iavtushenko were released from detention and convoyed to a plane to Almaty; from Almaty they had a flight to Kyiv. Their lawyers are now going to prepare an appeal.
FIDU, alongside other partners, including MPs coming from Italy and other European states, has been organising observation missions to Kazakhstan since April 2018. While we value the constructive dialogue with the authorities of Kazakhstan, which has made the missions possible and fruitful, we fear for the prospects of future cooperation aimed at improving the state of human rights in the country.