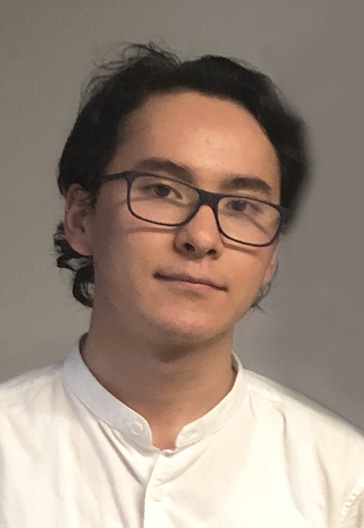 On August 13, 2019 in Almaty, Kazakhstan, a voluntary of the Italian Federation for Human Rights (FIDU), Daniyar Khassenov (a 23 years old Kazakhstani citizen, student of Medicine) held a press conference regarding the criminal prosecution he is facing for his human rights activities. Immediately after the press conference, Almaty police came to the office where the event was taking place, and detained him.

He was detained on the basis of the summons for questioning, processed improperly. The procedural status was not indicated in the summons. When Khassenov demanded to issue the summons according to law. The answer of the investigator Tolganay Yerzhanova was: “So what?”. Khassenov was taken to the police station.

In the last few months. Daniyar Khassenov has visited politically motivated trials and monitored violations of rights of freedom of opinion and freedom of assembly in Kazakhstan. On 4 May 2019 the Almaty Police Department initiated a criminal case against him under Article 405 of the Criminal Code for “participation in the activities” of the DCK (Democratic Choice of Kazakhstan) opposition movement. Investigators claim that Khassenov is “an active participant” in unauthorised rallies (convened by DCK) held on 22 March 2019, 1 May 2019, 9 May 2019, 9-10 June 2019. However, Khassenov did not participate in those rallies and was not even present in the locations where they were held. In particular, on 22 March, 1 May and 9 May, Khassenov was detained near his home and taken to a police station. On 9–10 June, he, as a FIDU observer, monitored the detentions of participants in peaceful protests, and on 10 June the police detained him on his way to the university. During the detentions, Khassenov was kept at police stations one time for six hours and another time for ten hours, although the law permits no more than three hours.

On 3 May 2019, i.e. one day before the criminal case was initiated, the police in Almaty banned Khassenov from leaving Kazakhstan. He received invitations from Italian MPs Roberto Rampi and Mauro Del Barba to participate in public hearings and human rights meetings during the summer sessions of the PACE, OSCE PA, and at the Italian Parliament. In addition, he was supposed to attend medical courses at the University of Graz (Austria). However, since mid-June, he has been already 7 times forbidden to leave Kazakhstan.

Khassenov currently has the status of “a witness entitled to prosecution”. To our knowledge, Kazakhstani legislation does not provide for a ban on leaving the country as a restrictive measure against persons with this procedural status. Besides, Khassenov was not provided with any documents on the criminal case.

Earlier, in June 2019, police imposed restrictions on his and his family’s bank accounts. However, under pressure from Kazakhstani NGOs and international community, thise restrictions were lifted.

The prosecution of Khassenov is performed based on the fact that on 13 March 2018  the Kazakhstani court, at the request of the Prosecutor’s Office, announced that the DCK was an “extremist” organisation. In its decision the court said that the DCK “creates a negative image of the authorities”. In its Resolution of 14 March 2019, the European Parliament noted the peaceful nature of the DCK’s activities and stressed the existence of political prisoners, convicted for supporting the DCK’s opposition ideas in social networks. In May 2019, the UN Special Rapporteur Ms. Fionnuala Ní Aoláin pointed to the worrisome practice of the use of extremism laws against political groups and critical voices in Kazakhstan.

FIDU has been networking for several years with local and international NGOs in order to analyse the human rights situation of Kazakhstan – as well as of other countries – and favour a constructive dialogue for the effective implementation of related international obligations. To this end, FIDU conducted a number of field monitoring and advocacy missions in 2018 and in the first months of 2019. This year the human rights situation in Kazakhstan has critically deteriorated. In June-July 2019 more than 5000 participants of peaceful rallies were subjected to rude arbitrary detentions. At present, according to FIDU and Kazakhstani human rights organisations there are more than 20 political prisoners in Kazakhstan.

The FIDU voluntary observer Daniyar Khassenov has been detained and criminally prosecuted for his human rights activities. These actions indicate the absence of safe environment for human rights activists in Kazakhstan. FIDU urges the Kazakhstani authorities to fulfil their obligations under the International Covenant on Civil and Political Rights and the Enhanced Partnership and Cooperation Agreement with the EU, in particular to ensure the rights to freedom of opinion, freedom of assembly and to end politically motivated persecution. We demand to release Daniyar Khassenov immediately and stop criminal prosecution against him.